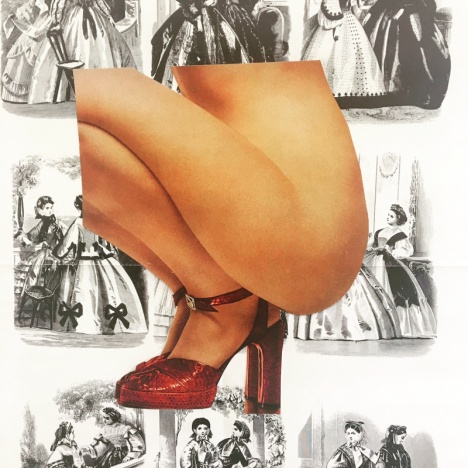 Dafna Steinberg’s work has spanned a variety of mediums, including photography, video, collage, installation and performance. She works with themes that relate to the experiences of women and the fragmentation of the female body. She also makes work about interactions between men and women and how these interactions play out in building relationships and understanding. Most of the time, her work is pretty funny.

Her most recent body of work I’m Willing to Lie About How We Met (2014-2016) stemmed from her own personal experience using the dating app Tinder. It was a project that examined the differences between the superficial hopes of romantic love, the stark reality found on dating sites and trying to reconcile the two while combating the misogyny of “hook up” culture. Using real opening lines men sent her in personal messages on the app, Steinberg pit them against a back drop of romantic imagery from advertising, romance novels, and fashion editorials found in vintage magazines and books.

While this project started out with a focus on masculinity, it evolved into a study on the way in which women experience the “male gaze” when using Tinder. Steinberg explored how anonymity and the app’s perceived promise of sexual encounters allowed men to treat women as objects meant to satisfy their needs. She included her own voice, which, through wit and irony, pushed back against the sexual intrusions.

Steinberg is currently working on a project entitled And All I Got Was This Lousy T-Shirt which she began making while an artist in residence at the Vermont Studio Center in August of 2016. Though the catalyst for the project was a personal trauma she had experienced just before the residency, the work evolved into an emotional response to the current political and cultural climate regarding objectification of the female body, reproductive rights, sexual assault and continuous attacks on a woman's right to be autonomous. Using vintage advertisements and images as well as found objects, Steinberg continues to explore how, as much as things change, they still stay very much the same.

All work by Dafna 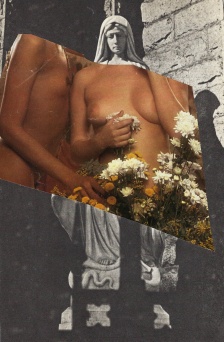 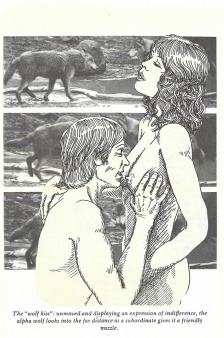 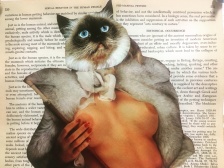 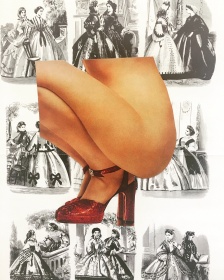 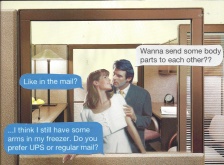 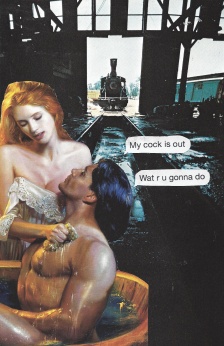 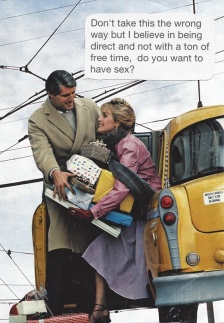 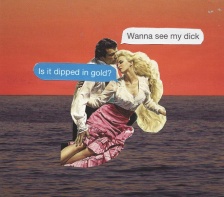 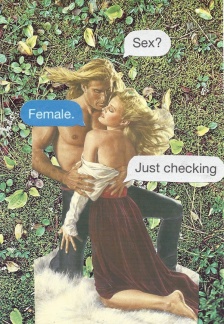 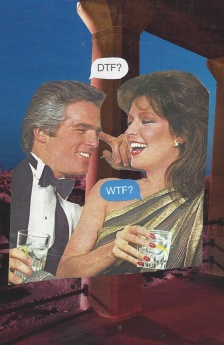