On Saturday, March 9 at 7pm a screening of three short films, Because of Us, 2017, The Source is a Hole 2017, and The Eddies, 2018 will take place at Washington Projects for the Arts. Following the screening, Madsen Minax will be joined in conversation by documentary filmmaker Dawne Langford and photographer and musician Farrah Skeiky. The discussion will be moderated by the curator Eames Armstrong. Panelists will explore strategies of resistance in film, issues of representation and visibility of marginalized groups and counter cultures, and histories of film and video technologies and techniques.

Because of Us, 2017 -- Under found footage and animated skyscapes, a mystical voice guides us through a near-death experience. The video explores the parallels, divergences, and interdependency of labor - capital, consumption, excess, ownership, and cosmology – stars, planets, networks, and connections. (5 min)

The Eddies, 2018 -- A death and destruction-obsessed transsexual searches for human connection in the humid Southern underground worlds of internet hook-ups and storm tunnels. (16 min)

about the conversation participants 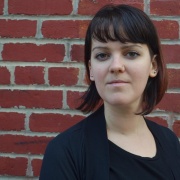 Eames Armstrong (they/she) is an interdisciplinary artist working in curatorial practice, painting, performance, and sound. Eames received an MFA from the George Washington University in 2016 with the Morris Louis Endowment Fellowship. Eames collaborates frequently with artists across the visual and performing arts. Eames was the 2016 Emerging Curator at VisArts in Rockville, MD, and a participant of the 2016 pilot program of the Halcyon Arts Lab Fellowship in DC. With their collective Queer Trash, Eames was the 2018 Suzanne Fiol Curatorial Fellow at ISSUE Project Room in Brooklyn. Eames is currently an artist at STABLE in DC. 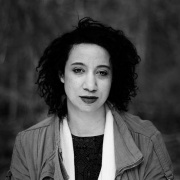 Dawne Langford is a Washington, DC-based independent curator, documentary filmmaker, and artist. She recently completed a six-month project as the director and curator for the Fundred Reserve OPEN LAB, in collaboration with Mel Chin Studios. After many years working in public media as a broadcast TV editor, she transitioned to producing, working on independent documentaries Check It, Kandahar Journals, and Finding Joseph I. Dawne's work in documentaries continues with her collaboration with Georgetown University and as a Field Producer for Moxie Pictures. Current and upcoming art exhibitions and projects include Times Square Commission for the Arts, the creation of an art zine with Provisions Library For Social Justice, and DCAC, as the mentor curator. Previous exhibition venues and collaborations include Transformer, SPRING/BREAK, Olly Olly, Torpedo Factory, George Mason University, and The Smithsonian Asian Pacific Center’s Culture Lab series, Crosslines. 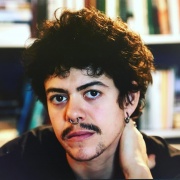 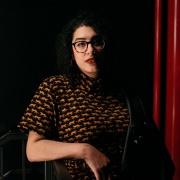 Farrah Skeiky is a music, documentary, and editorial photographer based in DC. The majority of her work focuses on race and gender representation and inclusion in subcultures, primarily punk and drag. Her work has been published in such publications as The Wall Street Journal, Rolling Stone, Food & Wine, and Vanity Fair. Her first photo book, The Last Five Years, will be released in Summer 2019. In addition to photography, Farrah plays guitar in DC queerpunk band Homosuperior, and serves as the Creative/Culture Manager at The LINE Hotel DC.

In partnership with WPA and Suns Cinema, Eames Armstrong presents Every Hole, a Portal: Films by Madsen Minax. Minax’s films draw on his history of participation in justice-oriented communities. Using nonlinear narratives to explore hidden networks of interconnectedness, Minax aims to investigate and honor the entanglements of human connectivity and the nature of transformation.