Saya Woolfalk is a New York-based artist who uses science fiction and fantasy to re-imagine the world in multiple dimensions.  In this exhibition, Woolfalk presents video projects from the last 10 years of her practice, Winter Garden Hybrid Love Objects, Ethnography of No Place, and selections from her most recent video series, The Empathics and ChimaTEK.

Combining live action footage with elaborately constructed installations, costumes, and stop-motion animation, Woolfalk’s videos transport viewers to a fantastical, alternative universe. Winter Garden Hybrid Love Objects was produced while Woolfalk on a Fulbright scholarship in Brazil and was commissioned by PS1/MoMA. Ethnography of No Place presents a fictional future where plant and humans change gender and color, and transform into the landscape when they die.  The Empathics depicts a group of women who physically and culturally metamorphose as they merge identities and cross species. ChimaTEK is a video for an empathic corporation—as dreamed by Woolfalk—designed to sell products that give users access to a chimeric existence through the creation of personalized virtual avatars.

For the past 7 years, Woolfalk has collaborated with an anthropologist to actualize her fictional cultures in museums across the U.S. and around the world. Ethnography of No Place was created while in residence at the Studio Museum in Harlem. The Empathics was featured in Woolfalk’s first solo museum exhibition at the Montclair Art Museum in New Jersey in the Fall of 2012. ChimaTEK will be presented in Woolfalk’s upcoming solo exhibitions at the Chrysler Museum of Art in Norfolk, VA and Smack Mellon in Brooklyn, NY in the Fall of 2014.

As a natural extension of its long running Experimental Media Series, WPA launched Hothouse Video, a series of contemporary video works by local, national, and international artists to be presented in the hotel lobby.  Part of WPA’s Hothouse series of exhibitions and events at the Capitol Skyline Hotel, Hothouse Video introduces exceptional artists and artworks to the DC community and to the substantial number of visitors, both national and international, who visit the hotel. Each Hothouse Video project runs approximately 6 weeks. 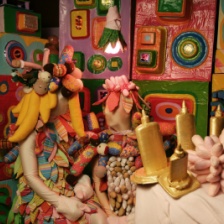 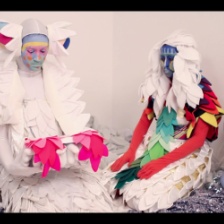 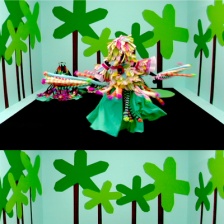