We are excited to introduce you to the 10:10 Times: your source for up to the minute news, artwork previews, artist interviews, and in-depth exclusives related to the 2018 WPA Auction Gala. This is the first issue. It commences a six-week countdown to this highly anticipated annual event, which takes place on Saturday, April 21, 2018 from 7-11pm at the historic Uline Arena in NoMa. You can purchase your tickets here.
--The Editors

In this week's issue, we introduce The Art Committee, the newsworthy group that recommended this year's artists. The committee is comprised of two highly respected artists, two generous patron-collectors, and two exceptional curators, from DC, Los Angeles, and New York. Over the month of December, they reviewed 1,600 artwork submissions by more than 400 artists. Get to know them below. 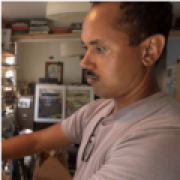 Edgar Arceneaux is an artist based in Pasadena, CA. He has had major exhibitions at MIT LIST Center for Contemporary Art (2016); Performa (2015); Biennale de Montreal (2014); Shanghai Biennale (2014); MoCA Detroit (2011); Bienal de São Paulo (2011); and the Whitney Biennial (2008). His awards and residencies include the Malcolm McLaren Award from Performa (2015) and a Rauschenberg Residency (2013). He attended the California Institute of the Arts (MFA, 2001), and is currently Associate Professor of Art, at the Roski School of Art and Design, USC. 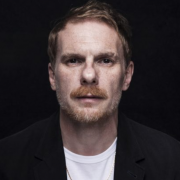 Mark Beasley is formerly a curator at the British Council in London and Creative Time in New York, he most recently served as a curator of Performa, a multidisciplinary non-profit arts organization dedicated to live performance. He holds a PhD from the University of Reading. 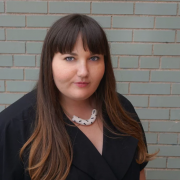 Jocelyn Miller is Assistant Curator at MoMA PS1, and has been a member of MoMA PS1's curatorial team since 2011. She recently organized Projects 106: Martine Syms at the Museum of Modern Art (2017), and Maria Lassnig: New York Films 1970-1980 (2018); Past Skin (2017); and Meriem Bennani: FLY (2016) at MoMA PS1. She has co-organized solo exhibitions with Naeem Mohaiemen, Ian Cheng, Mark Leckey, Cao Fei and Simon Denny, as well as career retrospectives of the artists Maria Lassnig and James Lee Byars, the latter both at MoMA PS1 and Museo Jumex, Mexico City. 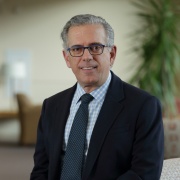 Frederick P. Ognibene, M.D. is a collector of contemporary art and a supporter of emerging and mid-career artists. From 1995 through 2015, Dr. Ognibene was a member of WPA's Board of Directors, serving as Chair from 2011 to 2013. In addition, he was co-chair of WPA's annual art auction from 1997 until 1999, and again in 2016. He is a past member of the Hirshhorn Contemporary Acquisitions Council and its Curators' Circle, has served on the Host Committee of (e)merge Art Fair in Washington, DC, and was a member of the inaugural Host Committee for Untitled Art, San Francisco in 2017. 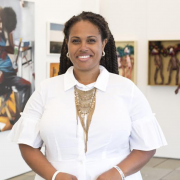 Jessica Stafford Davis is the founder of The Agora Culture, a multi-cultural web-based business arts platform that connects artists with a diverse array of new and experienced collectors. In addition, The Agora Culture presents Art on the Vine, which consists of a four-week artist residency and an art fair on Martha's Vineyard. She serves on the Advisory Council for George Mason University School of the Arts and is a member of ArtTable, a leadership organization for professional women in the visual arts.

Renée Stout is an artist based in Washington, D.C., whose paintings and sculptures have earned her international recognition. A 1980 graduate of Carnegie Mellon University, she has shown her work in solo and group shows throughout the United States, and in England, Russia, and the Netherlands. She is the recipient of awards from the Joan Mitchell Foundation, The Pollock-Krasner Foundation, and the Louis Comfort Tiffany Foundation.
.

10:10 is the time the silent auction ends at the Auction. It is also the default setting on clocks. Fun fact: did you know that the default setting used to be 8:20? Clock manufacturers thought it looked too much like a frown and changed it to 10:10 to make it look happier.
latest Running SneakersNike Air Max 270 - Deine Größe bis zu 70% günstiger