The 10:10 Times: Meet the Auction Artists

*Note from the Editors: We will not be pre-selling work before the event this year, so don't forget to buy your tickets!  You can purchase them here.

UP TO THE MINUTE PREVIEW

WPA also announced that it is beginning a timed rollout of selected artworks from the eagerly anticipated event. "We're especially pleased by the variety of great work this year," says executive director Peter Nesbett. Here are the first works to be publicly unveiled. 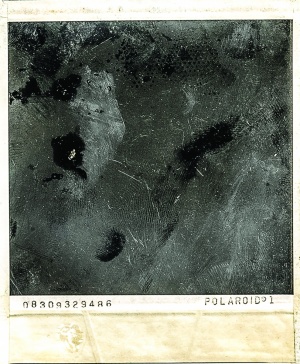 Andre Bradley seeks to create an alternate space that exists because of race, but is casually unaffected by it. There, in his own words: "I am able to see myself, clearly, free, and able". His critically acclaimed Dark Archives, 2015, is a provocative exploration of one black man's memories of childhood. It entwines Bradley's writing and photographs with pictures from his family archive. Part story, part lyrical investigation, it aims to upset the linguistic and visual constrictions placed on black males. His earlier works combine images and text in a deeply moving and ongoing meditation on the basic human desire to be understood. Bradley lives and works in Philadelphia.
Image: Fingerprints, 2014, Archival inkjet print mounted on Gator Board, 30 x 40 in.
. 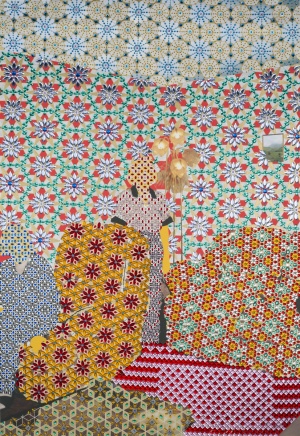 DC-based Khanh Le transforms family photos into colorful abstractions using gold gelly roll pen, sequins, acrylic stickers and acrylic crystals. He examines notions of identity through contradictions and fragmentations. In his own words: "Even though I identify as a Vietnamese-born American, I still do not know what it means. There is discord within my origin because I was born too late. By the time I have arrived, Vietnam has already claimed its independence. Being born too late effectively removed me from that point in history. Growing up in the United States, I learned to adapt my identity living between two cultures. Identity is the central theme of my works, and I examine it through the bits and pieces of my memory and the collective history of the two cultures."
Image: Standing There All Along and Alone, 2015, gold and silver paint, jewels, pigment print on paper
. 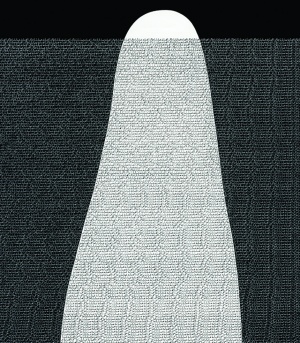 Helen Zughaib was born in Lebanon and now lives in DC. She writes of her work: "As an Arab American I feel that my background in the Middle East allows me to approach the experiences I have in America. I hope through my work to encourage dialogue and bring understanding and acceptance between the people of the Arab world and the United States, especially following 9/11, our wars in Iraq, Afghanistan, and the more recent revolutions and crises across the Arab world that have resulted from the uprisings or 'Arab Spring,' that began in 2010."
Image: The Secrets They Carry, 2017, archival pigment print, 36 x 29 in. 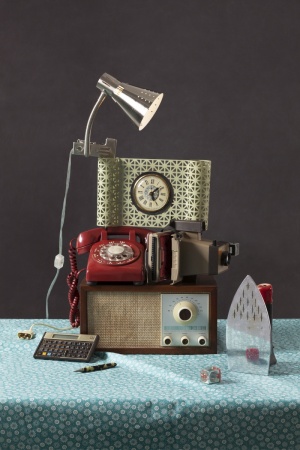 The original vanitas paintings of the 17th Century celebrated the new wealth of The Netherlands. They recorded the affluence of finely crafted domestic merchandise and, by including skulls and references to time, mused on the inevitability of death. Jeanette May's "Tech Vanitas" photographs-precarious arrangements of anachronistic consumer technology-embrace the anxiety surrounding technological obsolescence. They also confront still life's traditional tension between temptation and the rejection of worldly goods. She is based in Brooklyn, NY.
Image: Tech Vanitas: Red Phone, 2016 archival pigment print on Canson Platine Fibre Rag, 36 x 24 in.