The Auction, now in its 37th year, has helped WPA support artists almost from the beginning. Whether you've known WPA for decades or just met us, take a moment to step back in time to discover, or remember, some memorable moments from our history.

2018 - WPA begins second year of producing artist-driven and artist-curated programs. In January WPA presents CONTRABAND organized by artist Rodrigo Carazas Portal (below). The exhibition traveled to George Mason University where it is on view until April 21.

2017 - Artists join the board of directors for the first time in 20 years.

2016 - WPA presents fictional political campaign by artist Sheldon Scott. The project had performances in all 8 Wards of DC including the Kennedy Center, the Big Chair in Anacostia (below), and the Creative Time Summit. Sheldon for DC is featured on WPFW and WAMU. 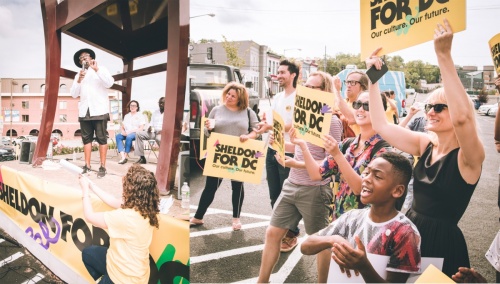 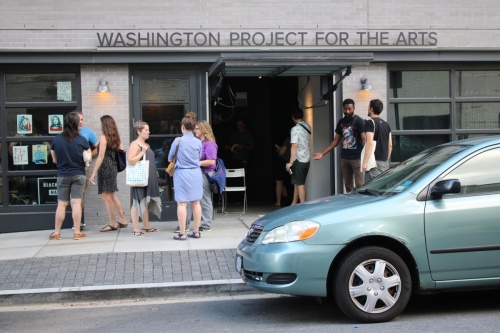 2010 - Celebrates its 35th year with a retrospective exhibition at American University Museum.

2008 - Becomes independent from the Corcoran. 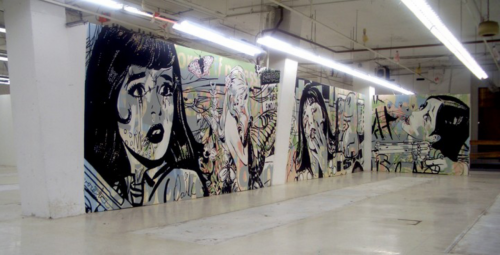 1991 - Power and Spirit, an exhibition of works by Renée Stout and Fred Wilson curated by Alan Prokop.

1989 - David Hammons paints a mural of Jesse Jackson as a white man with the words "How Ya Like Me Now?" 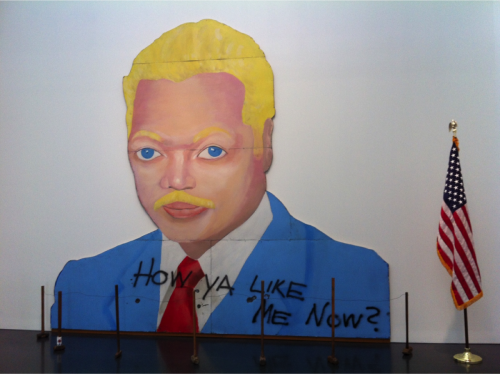 1989 - 49,000 people attend Robert Mapplethorpe: The Perfect Moment following its cancelation by the Corcoran Gallery (below). 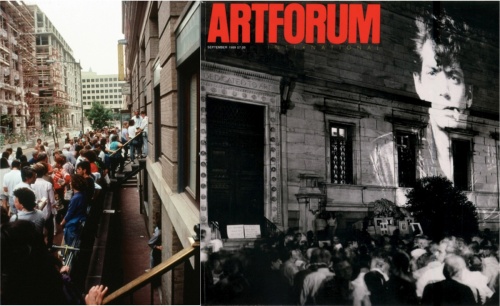 1983 - Presents The Ritz Project with Colab, a massive exhibition in the abandoned Ritz Hotel commanding every square inch of the building (bottom left). 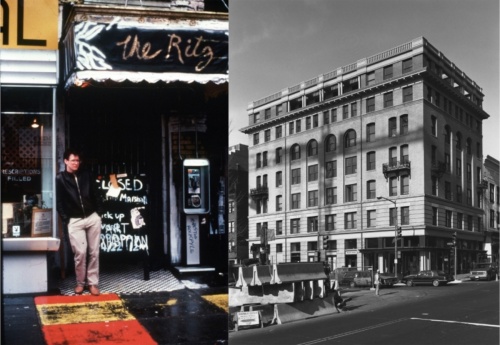 1981 - Opens Bookworks (below), an artists' bookstore run by Don Russell who described it as WPA's "link to the world". 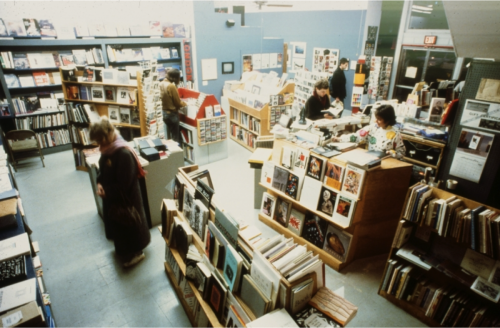 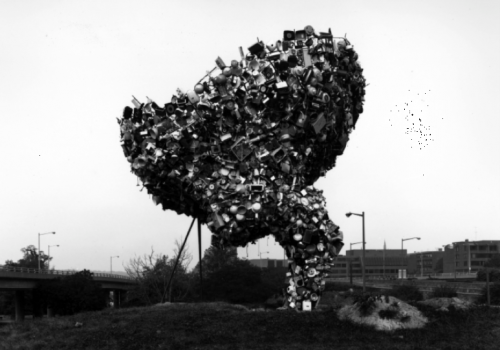 UP TO THE MINUTE ARTWORK PREVIEW

In each issue, WPA provides brief introductions to the artists behind the work. Today, we are pleased to present four more of the incredible artists in this year's auction. 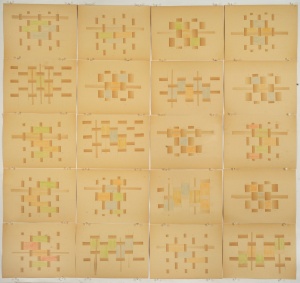 Crider uses objects and installations that embody social and aesthetic ideas. In her studio this manifests as an integration of image, object, and frame to make pictures or settings that read as something familiar. "Philosophically and socially, I work to strengthen the artist's relationship with the public at large and to challenge how and where 'fine art' is defined." 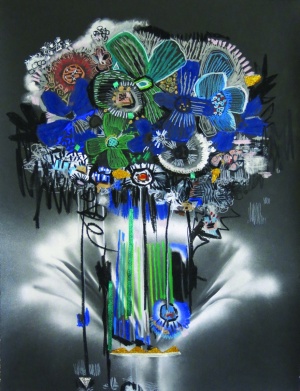 Bedford's recent paintings and collages explore the visionary, metaphoric potential of floral still life. Alternately schematic and mystical, organic and hard-edged, her abstracted depictions of flowers, roots, chalices, arrows, and crystals, among other forms, pulse with a life force both otherworldly and generative. 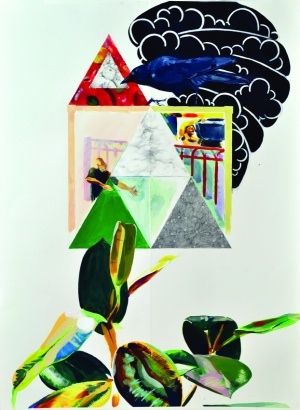 Cowan is a DC-based artist. In his own words, "Born in Queens, New York, pun intended, then 'transplanted' to the DMV metropolitan area for the second half of my lived years, I have developed as an acclaimed Romantic, all the while raised by my family of women. Throughout my art life practice, exploring what matriarchal magic is, the societies that honored them, and how its rejection influences the societal distinctions between men and woman today, is how I continue to inspire myself." 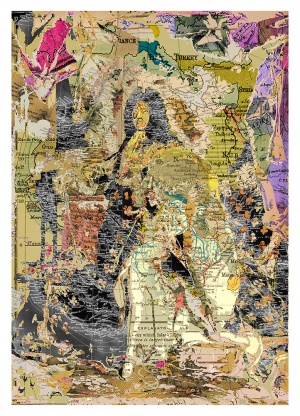 Edgar Endress teaches new media and social practice at George Mason University. Born in Chile, he has exhibited extensively throughout the world, most recently at the Barcelona Museum of Contemporary Art (MACBA) in 2015, in the Land Art Biennial in Mongolia in 2016, and The Getty Pacific Standard Time in 2017. In association with Provisions Library, he initiated the Floating Lab Collective, a team of interdisciplinary artists who deploy innovative art projects in collaboration with urban communities. His work focuses on syncretism in the Andes, displacement in the Caribbean, and mobile art-making practices.