Announcing Artists on the WPA Board

We are honored to announce that three artists -- Zoë Charlton, Linn Meyers, and José Ruiz -- have joined the WPA Board of Directors. Back in the 1980s, the Board was comprised of 50% artists and 50% patrons. Early artist board members included Bill Christenberry, Sam Gilliam, Tom Green,  E. Ethelbert Miller, Robert Rauschenberg, Renée Stout, and Maida Withers.

We believe that having artists at the governance table is essential to our increasingly artist-driven mission. These three inspiring colleagues, all of whom have exhibited internationally, have demonstrated a profound commitment to strengthening the arts community in this region. For the next three years, they will be an integral part of WPA's work. We are pleased to welcome them. 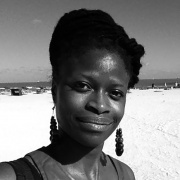 Zoë Charlton creates drawings that explore the ironies of contemporary social and cultural stereotypes.  She depicts her subject’s relationship with their world by combining images of culturally loaded objects and landscapes with undressed bodies. She received her MFA degree from the University of Texas at Austin and participated in residencies at the Skowhegan School of Painting (Skowhegan, ME, 2001), Creative Alliance (Baltimore, MD, 2003), and Art342 (Fort Collins, CO, 2010). Her exhibitions include ConnerSmith. (Washington, DC, 2013), The Delaware Contemporary (Wilmington, DE, 2009), and Wendy Cooper Gallery (Chicago, IL, 2006).  Her work has been included in national and international exhibitions including the Harvey B. Gantt Center (Charlotte, NC, 2015), Crystal Bridges Museum of American Art (Bentonville, AR, 2014), Studio Museum of Harlem (NYC, NY, 2012), Contemporary Art Museum (Houston, TX, 2000), the Zacheta National Gallery of Art (Warsaw, Poland 2006), and Haas & Fischer Gallery (Zurich, Switzerland, 2006).  She is a recipient of a Pollock-Krasner grant (2012) and Rubys grant (2014), and was a finalist for the 2015 Janet & Walter Sondheim Prize.  She received nominations in 2014 for both the Anonymous Was a Woman and the Louis Comfort Tiffany Award.  Charlton is an Associate Professor and Chair of the Department of Art at American University in Washington, DC. Zoë is based in Baltimore, MD. 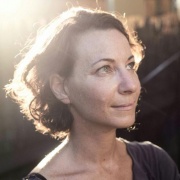 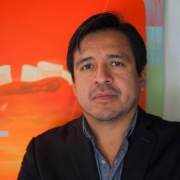 José Ruiz is a Peruvian-born artist and curator who lives and works between Washington, DC, Baltimore, and New York. Over the past fifteen years, he has mounted exhibitions and curatorial prompts for cities, museums, biennials, non-profits, galleries, and art fairs. These projects have taken place on street corners, community centers, universities, abandoned warehouses, creative incubators, and commercial spaces, both at the national and international level. His practice has been the subject of various publications, including The New York Times, The New Yorker, The Wall Street Journal, ARTnews, ArtReview, Arte Al Día, Artnet, and The Washington Post. He is the founder of Furthermore, a post-studio research, design, and production lab operating out of Washington, DC and Brooklyn, and a partner and co-director at Present Co., a New York-based gallery and curatorial collective. He currently serves as Director and Faculty in the Curatorial Practice MFA Program at the Maryland Institute College of Art in Baltimore.
Authentic Nike SneakersNike Tn Pas Cher, Nike Tn Soldes - nike tn pas cher