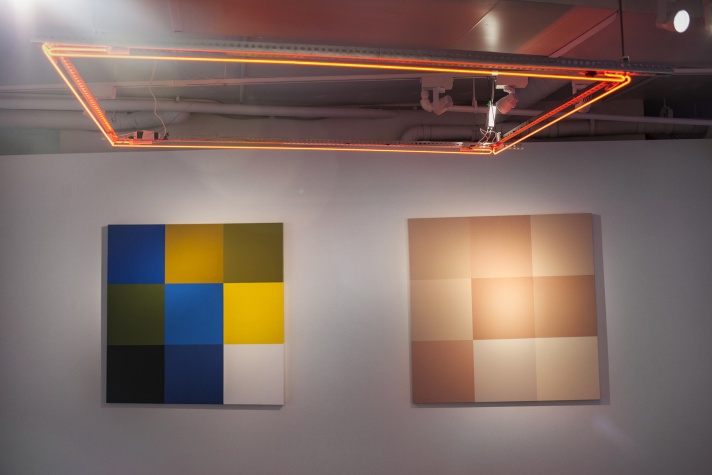 Loom by Ani Bradberry (above), Nightshift in Blue (Red & Green Deficient) and I Don't See Color by Adrienne Gaither (below) in Now More Than Ever presented by NomüNomü

Ani Bradberry on Her Work

The neon installations in "Now More Than Ever" are my visual contemplations of two forms of oppression that I see and feel everyday in DC. One addresses the risk of being a race that is targeted by the state. The other is a symbol of the constant threat of police violence.
The piece hanging from the ceiling in the center of the gallery, titled Loom, is an architectural response to the limbo of feeling threatened within your home. A Persian rug from my house lies on the floor. Overhead floats a red neon rectangle of the same dimensions.  I am Iranian-American, even if I feel as though this part of myself is still developing, and the piece is meant to encourage people who are not under threat to stand in the light and experience the paradox of comfort and discomfort of those who are.
The other work, titled Preventative Patrol, consists of two blue neon tubes that represent the unblinking blue lights on Metropolitan Police Department vehicles. Former Police Chief Ramsey implemented them after meeting with the Israeli Defense Forces and they are officially an attempt to raise the visibility of the police in communities and deter "would-be criminals." But the lights remind even innocent residents that they are constantly being watched and are in the presence of heavily armed police forces. 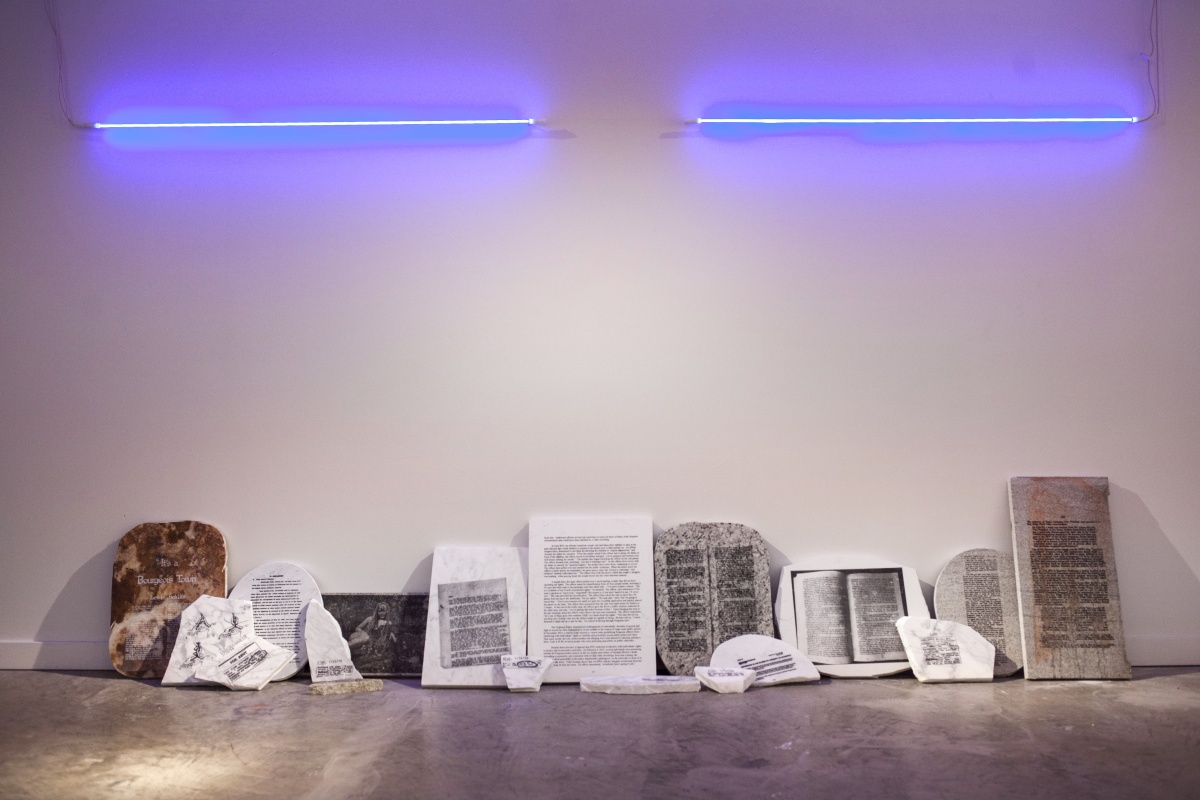 Preventative Patrol (above) by Ani Bradberry and TDLR (below) by Joseph Orzal
Adrienne Gaither on Her Work
My contributions to the show are from three different bodies of work.
The two grid paintings draw upon the visual palettes of clinical colorblindness and skin complexion. One, I Don't See Color..., depicts "white" skin tones, challenging the contradiction that the phrase "I Don't See Color" represents. The other, titled Nightshift in Blue (Red & Green deficient), explores genetic colorblindness and the color palette commonly associated with it. Together these works are about genetic destiny and visual impairment in a "post-race" United States.
Elsewhere in the show I am displaying colorful, book-size digital collages combining partially redacted literary texts and historical photographs. The authors-Ralph Ellison, Toni Morrison, and others-have all been censored and silenced for challenging the status quo. With first amendment rights at the forefront of public attention right now, I am hoping to prompt reflection on the necessity for collective thoughts, resistance, and subjectivity in the media and other forms of public thought.
Lastly, my flag, titled Untitled (Get God on the Phone), represents white America's need for racial superiority and dominance through genocide, religion, and capitalism.
These works are responses to racial oppression in the forms of colorblindness, censorship, and patriotism. 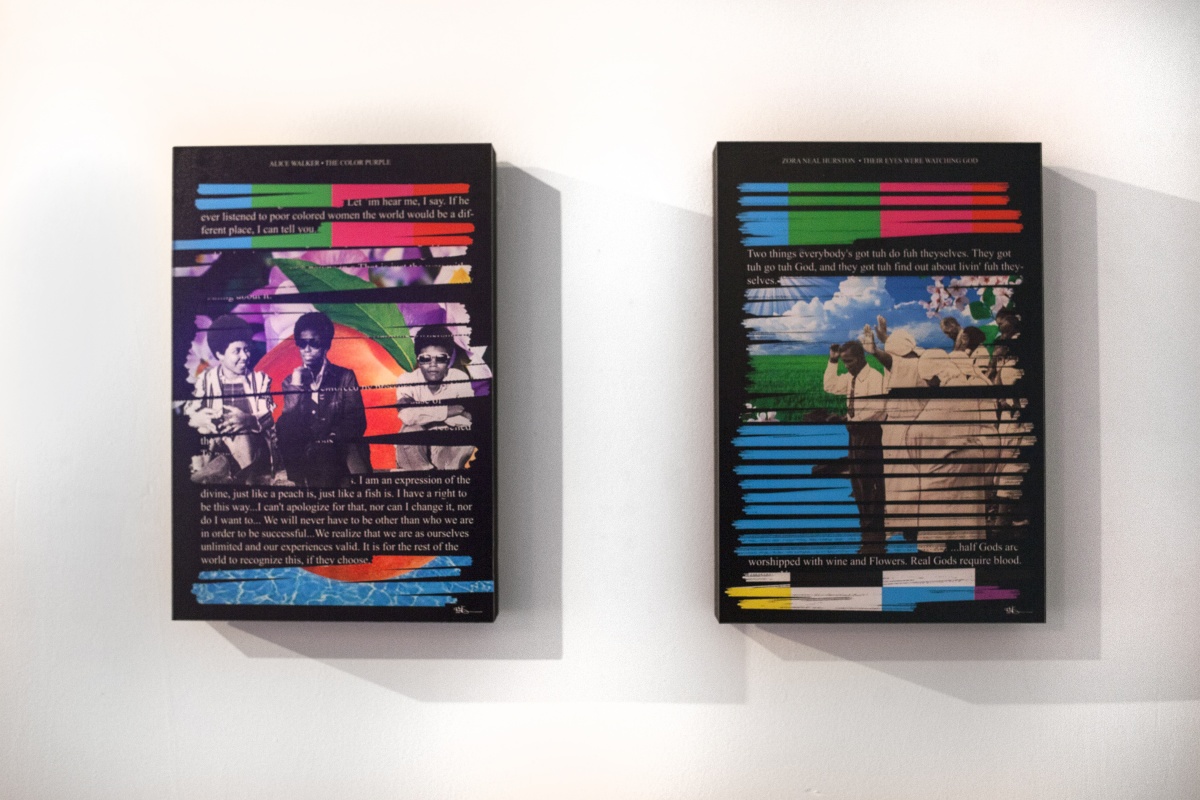