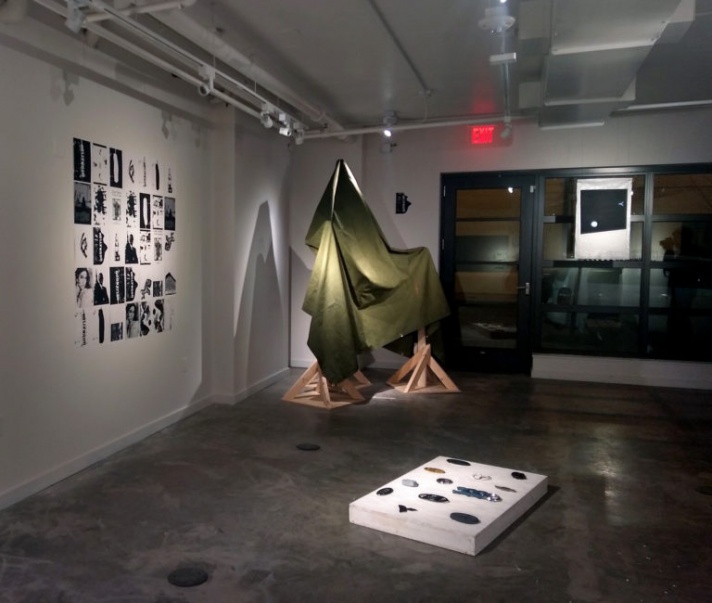 How are marginalized cultures dealing from the shadow of the western world?

Reflecting on mainstream media, commerce, and its cultural impact; Contraband is a project dealing with the influence “developed” countries have on the rest of the world. Introducing artists born outside those privileged geographies, this show proposes an examination—if not a response, to predominant world culture. As the current systems of control and supervision asphyxiate any cultural manifestations that do not obey their rules and standards, the chosen artists propose creativity as a medium to subvert these overbearing protocols. Either by borrowing, copying or stealing, their work gravitates to the ingenuity shown by their own communities in using the means at hand to prevail and fight the western miasma.

Colonized societies have become marginalized as their religions, literature, and arts are absorbed by hierarchies in which they, the colonized, are devalued. This practice undermines a culture and encapsulates their existence as objects of abuse, or in the more trivialized case, characters of entertainment.

As these cultures (the colonized) assimilate restrictions, they begin to use imposed symbols as referents to create their own valued objects. These bootleg versions of what dominant cultures idolize respond to an alienation from such—an outside influencer.

The marginalized response to oppression is creation. Whether it be a regurgitated reaction to forced adaptation, a bootleg artifact becomes an oxygen tank for the oppressed to keep their own culture alive in a hostile climate.

A gallery based exhibition will be held showcasing the work of three artists based outside of the United States and two others living in them.

Complementing this exhibition there will an artist talk, invited speakers, workshops, and a musical performance. All related to the topic of expression as a medium of resistance.

This project emerges as a response to accelerated globalization and its ability to desensitize media consumers to a western agenda. In a world where the western ideal of immediate gratification and mass commodification has become a global standard, what is being internalized becomes obscured. Our primary necessities are regulated by western currencies, and our leisure time influenced by their propaganda.

Specifically, the cocaine/drug trade is exacerbated by western consumption culture. Drugs are sensualized by US/European produced TV shows, and the assimilation to capitalism creates Kingpins, cartels, and ensuing violence. Cocaine is the flagship product of South America’s cartels, and Peru is one of the main manufacturers. Its roots intertwine with all aspects of Peruvian society, generating death and corruption. This desecration of what otherwise is considered an ancient holy leaf divides the inhabitants of Peru.

This project focuses on drug and other illegal phenomena as an exemplification of how western intervention and steered globalization affects the cultures it seeks to absorb and reproduce in its own image. There is a constant cycle of cultural appropriation, reinvention and mass production which generates a vacuous collective identity that threatens true expression. As outsiders, the selected artists have deconstructed the panorama projected over them by globalization—and commanded by western media—to nurture their own expressive impulses. Each artist feeds off the different limbs of a western Leviathan, demonstrating new tactics which others in similar landscapes can learn, copy and/or steal from.

This project is urgent because these “other” cultures must not be lost or homogenized.