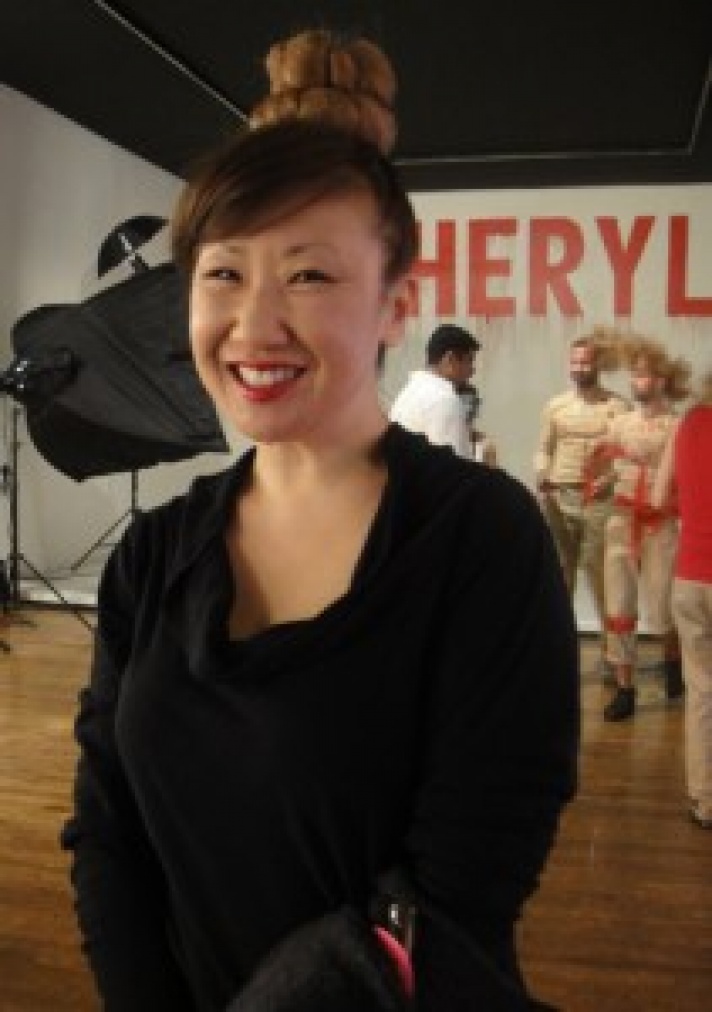 On Saturday February 8 at Capitol Skyline Hotel, WPA will launch the Hothouse Video series with a solo exhibition of works by Jacolby Satterwhite, curated by arts writer and curator, Julie Chae. WPA caught up with Ms. Chae to find out more Satterwhite’s work and her interest in the artist.

WPA: How did you learn about Satterwhite's work and what about it speaks to you?

Jacolby's art caught my attention because I have a dance background and his character dances with delightful authority and attitude to groovy music in Country Ball, the first video of his I saw. I think I love his art because it depicts and creates incredible, crazy/impossible scenarios -- juxtapositions of a fantastical world in which his character crosses dimensions into/with the "real" world.

WPA: How did you come to meet Satterwhite and how did this exhibition come into fruition?

We met years ago during DUMBO Open Studios in Brooklyn with our friends Jayson Keeling and Michael Paul Britto. He was very shy and quiet that day and I didn’t get to talk to him much.

Then, last spring, after video artist Jonathan Ehrenberg’s talk for his solo exhibition at Nicelle Beauchene Gallery, we were standing outside a few feet away from each other and we both gave each other that look:  “Hey, haven’t we hung out before?” When he said he was Jacolby Satterwhite, I wasn’t entirely convinced at first that he was the video artist who had gotten a lot of acclaim by then (he looks different in person wearing street clothes than in his videos!). We kept talking; I told him I had pitched a possible group show project to WPA for the Capitol Skyline Hotel and had thought of including him, so we exchanged contact info.

We had all gone to the after party at a bar, but in the middle of it, Jon had invited me to join him and his sister for a quick dinner at a restaurant across the street. The dinner turned into three or four hours but when we went back, Jacolby was still comfortably sitting and drinking in the same seat at the bar where we had last seen him. I knew I would enjoy working with him right then, and the group show happily turned into a solo.

Now, perhaps I should mention that Jacolby was an artist in residence at the Fine Arts Work Center in Provincetown, Massachusetts at the time, and had just returned to New York and “civilization” for Jon’s artist talk and exhibition after a long, cold winter in the New England sea town.

WPA: Why did you propose this project to WPA for Capitol Skyline Hotel?

One main goal for me with this exhibition is to enhance WPA’s role as connector in the arts community. I thought it would be great to bring a MICA (Maryland Institute College of Art) grad back to the DC area as he was about to be featured in the Whitney Biennial. (He was originally planning to be an Artist in Residence at Virginia Commonwealth University this month as well, but things became too busy.)

Jacolby’s art is about blurring boundaries, and nothing is more perfect for that than having these works in the same space where people are living, playing, working, and going about their business. The videos and monitors are set up so that casual hotel visitors sitting in the lobby, walking through it, or waiting for the elevator can see them. And diehard art fans who travel to DC can stay at a hotel where they can experience this world-class art in a unique, intimate way. Unless you own one of these videos in your own home, you could not experience these works as you would in this show at the Capitol Skyline Hotel -- at whatever hour you choose, with cool, comfy furniture and plants and whatever refreshments you happen to have with you. It’s a fun and unique way to experience curated art without the “white box” atmosphere of a museum or gallery and its usual formal restrictions.

WPA: From performing with Jay Z, to showing at Sundance, to the upcoming world premiere of Reifying Desire 6 at the 2014 Whitney Biennial, Satterwhite has been gaining momentum. Why do you think people are connecting so much with Satterwhite right now?

His art has so many elements to which individuals can connect – stories, video games, surrealism, fashion, Dada, pop culture, Fluxus, consumer culture, medical issues, sex, math, philosophy, etc. And each viewer can connect in the way that works for him or her. Jacolby’s art provides intersections between the worlds he creates and those of his viewers. Because of familiarity with the internet and video games, people nowadays are more comfortable with stepping into and out of foreign/strange situations, both of which are more interactive than traditional film and television.

WPA: Satterwhite blends a lot of different talents and skills, from voguing to CGI animation, in his work. Do you think this multidimensional approach makes his work standout or do you think the subject matter is what's getting people excited?

Like the best of his generation of artists, he does not limit himself to one medium or one subject and he makes art that create experiences. He makes prints, drawings, and fibers, too. He does all those difficult dance moves himself and he makes his videos using the same complicated software used to make James Cameron’s Avatar (2009). In the end though, he has vision – an ability to see something different or in a new way and present that vision for others to experience.

The work is visually spectacular, strange, and boldly combines humor with darker elements. Jacolby makes art that is about art and the art-making process – referencing everything from Old Masters like Caravaggio and Picasso to his mom, a self-taught artist who made thousands of drawings as she began to deal with schizophrenia. It is very cerebral and, at the same time, it is extremely personal.

WPA:  Is there a standout piece in the exhibition or one that really resonates with you or you think will resonate with people?

Country Ball has vintage footage from his family’s Mother’s Day picnic from 1989, which I think might resonate with a lot of people, because many people went on picnics with their families as kids. We are installing the video as a special 2-channel installation to feature the old picnic footage. There are scenes of everyone doing a line dance together, eating southern picnic food, and it’s quite poignant and sweet. I daresay this might be a collective memory for most of us. And then it merges with Jacolby’s 3D animation world…

WPA:  Are you at liberty to reveal any hints or clues about Satterwhite's performance on opening night or perhaps what themes he'll be working with?

Well, it will be clear that the hotel and everyone in it will have become a part of Jacolby’s world and we’ll be participants in that reality…

The opening reception for Hothouse Video: Jacolby Satterwhite will be held Saturday, February 8, 2014 at Capitol Skyline Hotel from 7-9pm, featuring a performance by the artist. The exhibition will remain on view till March 28, 2014.

Organized by curator and Huffington Post arts writer Julie Chae, the WPA Hothouse Video: Jacolby Satterwhite exhibition will present a series of works leading up to Satterwhite’s highly-anticipated newest video, Reifying Desire 6, which will make its world premiere at the Whitney Biennial. In addition, the WPA exhibition will feature a special 2-channel installation of the video Country Ball (1989-2012) with home video footage from his family’s 1989 Mother’s Day picnic in South Carolina and interconnected prints and drawings. 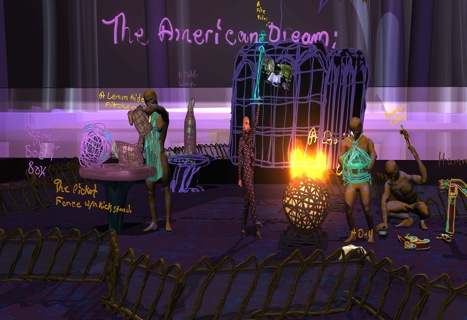 Julie Chae is currently a NYC/DC-based curator, writer and art advisor. She graduated from Williams College and University of Virginia Law School. She has studied art history at the graduate level, focusing on modern/contemporary and Asian art, and her background also includes working on free speech rights issues for artists, writers, and teachers at the ACLU’s Arts Censorship Project and working in investment management at a Fortune 500 financial services firm.