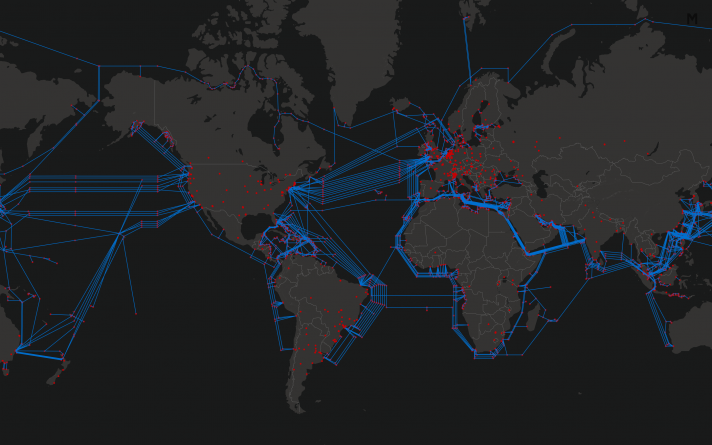 The documents Edward Snowden leaked in 2013 revealed that the NSA and other Western spying agencies conducted global mass surveillance with unquestioned political support. Their only limit was the technical infrastructure of the global networks that were 'jacked into': the 'the open-air prison which the world is becoming,' as Theodor Adorno has written, is a massive and constructed technological apparatus that is used by states to spy on and surveil citizens of every country on earth.

Uncovering the NSA's points of exploitation - undersea cables, internet exchange points, backbone lines - brings into view the means by which our 'global village' is surveilled and controlled. As such, one gains a sense of the vulnerable materiality of the invisible and inaccessible global telecommunications network and, subsequently, their subordinate and fraught relation to hegemonic state power. This presentation will serve as a primer on the NSA's weaponized collection of all of our communication.

ABOUT THE SPEAKER:
Gray Leonard is an artist and freelance developer currently doing computer science research at American University. He produces Exmilitary, 'an anthology of revolutionary theory in late capitalism', and other publishing projects. For this talk, Leonard will present his research on how mass surveillance is used to exploit people around the world and preserve U.S. hegemony. For more information: http://grayleonard.com/