Cannupa Hanska Luger on We Are In Crisis 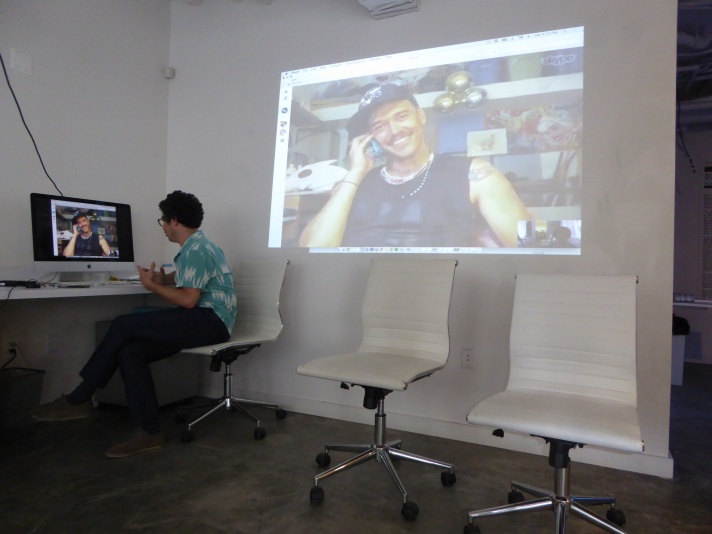 Cannupa Hanska Luger: We Are In Crisis was a short film work birthed out of urgency. I traveled up to Standing Rock, where I am from, many times during the actions -- to offer supplies, resources, and also to document the land and water with Winter Count collective. The film was released quickly in the middle of the movement to provide an honest reflection of the extreme impact that resource extraction has on North Dakota, and by extension across the globe. We also wanted to acknowledge the work of the water protectors on the ground and offer them our gratitude.
Nadia Hironaka and Matthew Suib: The film's narrator speaks in epochal terms, but the film, as you say, projects a very clear sense of urgency. Can you talk about both the necessity and the actual process of producing an artwork about a critical historic moment, in the middle of that historic moment?
Cannupa: The sense of urgency reflected in the film did not start with Standing Rock and it has not ended there either. The story is intended to be larger than one moment but allow us as human beings to consider our relationship and dependency to the land and the water on a scale that is immeasurable by our colonized considerations of beginning and end, of time.
Nadia and Matt: Peter, do you feel a similar sense of urgency in presenting work like We Are In Crisis at WPA?
Peter: The day that the U.S. withdrew from the Paris Climate Accord (June 1) oil started flowing through the Dakota Access pipeline. The next day you all emailed me to suggest we show this work. So yes, it seems we are all feeling it. The exhibition however asks critical artistic questions as well: What are ways that artists might confront social or environment injustice? For what audiences? And, by extension, how might art spaces support these efforts? This relationship between art and politics is one we've been thinking about a lot recently, as an organization. Most DC arts organizations are just miles from the White House, the Capitol, and the Supreme Court. That is our reality and one of our contexts. How can we not be mindful of that?

Cannupa, we are thrilled to be temporary hosts of this poignant work. What for you is the optimum setting for its viewing?
Cannupa: It is intended to be viewed in as many contexts as possible. In communities being directly affected by extractive industry in rural locations and reservations, as well as in the institutions, museums, and public art platforms in urban environments -- whose communities often reap the benefits of extractive industry without the destruction it imposes from it's sourcing. Our goal is to inspire dialogue in all locations, to show how much we are truly connected to each other and to the land and water for survival.
latest Nike SneakersPatike – Nike Air Jordan, Premium, Retro Klasici, Sneakers