PRESS RELEASE: NOW MORE THAN EVER presented by NomüNomü

April 14, 2017 (Washington, DC) -- Washington Project for the Arts is thrilled to support NoMüNoMü -- a DC-based arts collective -- by providing gallery space, financial resources, and additional outreach for this project. We believe that artist-driven programming is critical to a healthy arts eco-system, and celebrate NoMüNoMü's drive, collaborative ethos, and commitment to confronting some of the gravest challenges facing our society at this moment in time. With this project, NoMüNoMü is carrying on the important work of CoLab (with whom WPA worked in 1983), Group Material, Occupy Museums, and many other socially concerned artist collaboratives near and far. 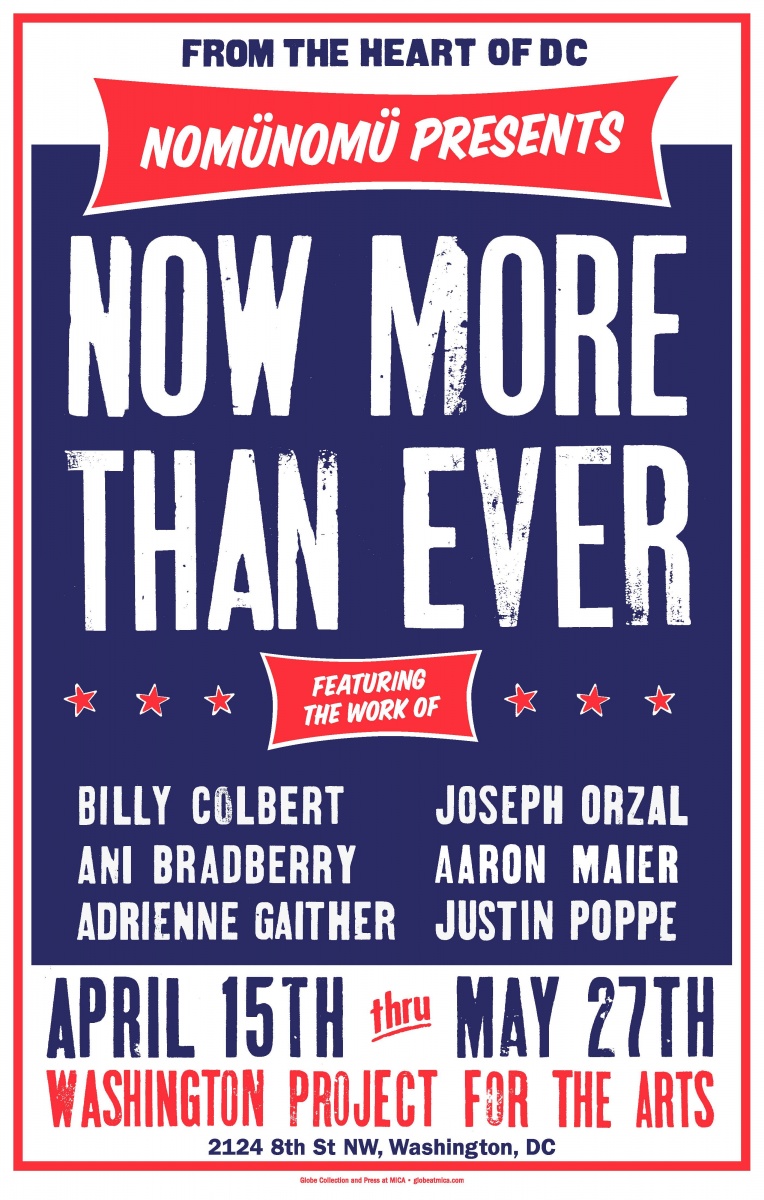 We are at a critical moment wherein the ruling class is once again manipulating citizens to vote against their own interests through a delusional framework of a 'greatness' that never was. This toxic right-wing rhetoric was not enough to divert support from the multitude of voters who have been left behind by liberal elitism and continue to be exhausted by post-industrial despair. Now more than ever it is necessary to collectively struggle for a future without oppression. Therefore, we must collaboratively examine and deconstruct the mechanisms within our culture that promote and maintain classism, misogyny, and white racial privilege.
Now More Than Ever is a call to action to confront liberal paralysis and address the symbolic operations of racial privilege within the everyday American police state. It will offer several artistic reactions that examine our present situation as well as offer a broad range of programing to engage the public and continue the struggle against inequality within DC and across the United States.