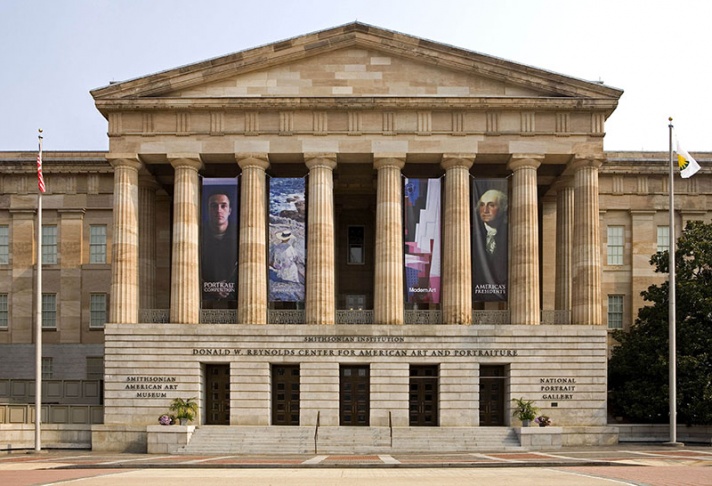 While most people were busy celebrating Cinco de Mayo on May 5th, the Smithsonian’s Catalog of American Portraits (CAP), the Photograph Archives and the Inventories of American Painting & Sculpture opened their doors to the public. These organizations are the backbone of the art world, providing an official record of American art.

The archives are located in the Victor Building near the National Portrait Gallery. What seems from the outside to be a typical DC office building is home to some of the most extensive records of American Art in the country.  WPA went behind the scenes to talk with Linda Thrift, Head of Collections Information and Research at the Catalog of American Portraits about this treasure trove of art.

CAP is not just a catalog of art, it is a catalog of people. CAP is tucked away on the concourse level of the Victor Building, in a big room filled with row after row of file cases. For the open house they had brought out some of their rarest and most unique files to show the public. One file contained four different rare portraits of a Native American from the eighteenth century. His file was comprised of copies of four different portraits done by the artist: a drawing, painting, daguerreotype, and sketch. CAP partnered with Native American scholars to track down who the sitter was, what his name meant, and what his story was which is all included in the file. The artist was barely mentioned. Alongside this file the small team of archivists also showed me an extensive file on Marie Louise, Napoleon’s wife, with stack after stack of research on her different portraits. Other files contained extensive correspondence between sitters and artists and other primary research. CAP is a unique art catalog because of their focus on the sitter, deciphering and recording stories based on portraits. 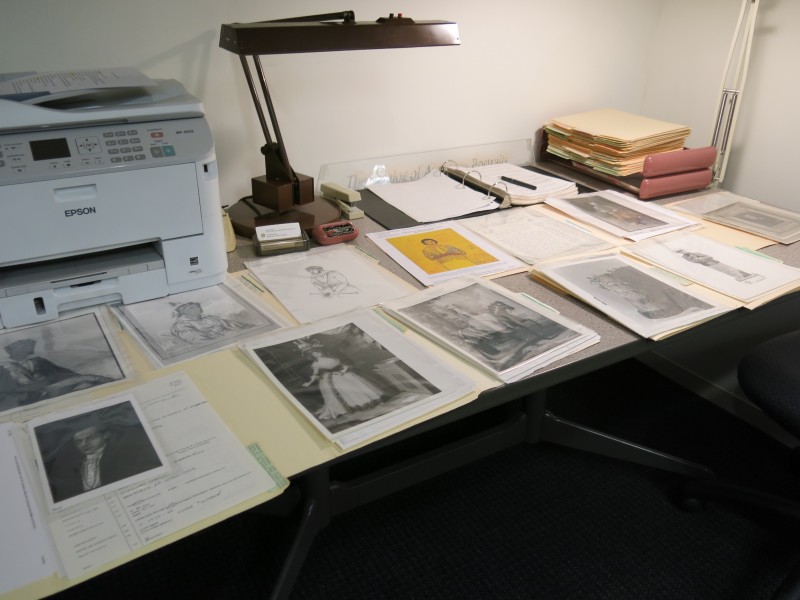 Some of the rare files CAP had brought out for display

CAP is the home to over 200,000 records of portraits and it is the official research center for the National Portrait Gallery.  CAP was founded in 1966 and archivists first began building the archives by pulling portraits from other collections, like the Frick Collection. In 1971, approaching the United State’s Bicentennial, CAP received grants to extensively survey all regions of the United States to create a comprehensive record of the country’s history through its portraits. Linda Thrift explained that in order to provide a comprehensive archive of American portraits, they also need to include people who have a connection to the United States whether they were citizens or not. For example, honorary citizens like Winston Churchill, tradesmen from abroad, people from U.S. territories like Puerto Rico. The survey continues to this day and is dependent on dedicated volunteers to keep the project alive.

While talking with the archivists, I began to wonder what exactly constitutes a portrait. The archivists identified portraiture as one-of-a-kind likenesses of an individual. At the National Portrait Gallery, they can only exhibit work from a life sitting. The archivists at CAP can be more flexible. Since they are a research center, the line determining what they can and cannot include is more lenient and portraits do not necessarily need to be derivative. The more art that they record, the more valuable the catalog is as a resource. At the end of the day, it is up to the discretion of this small and savvy team of archivists to determine what to include and what not to. Their archives include sculptures, paintings, drawings, miniatures, silhouettes, and even certain medals and daguerreotypes. The only thing they do not include are graphic prints and photographs, with few notable exceptions. For example, portraits of Edgar Allen Poe are primarily daguerreotypes and though these are technically photographs, it is obviously still important to include them in the catalog.

Over half of their records have been uploaded to their online database and are accessible to the public at all times. Anyone can access the online archives for research or to find inspiration. The database already receives 18,000 visits per month and people can search by artist, sitter, time period, related events, ethnicity, etc. And anyone can make an appointment and come see the files in person -- the catalog is meant to be used. The archivists help everyone from documentary film directors to authors to fourth grade school kids. If you are a portrait artist yourself, you can email your work to CAP to be included in the catalog. Because CAP’s resources are so limited and their backlog is so immense, the best way for artists to officially record their work here is by initiating it themselves. The team at CAP works tirelessly to keep their archives current and useful, rarely receiving the recognition that is due to them from the rest of the art world. 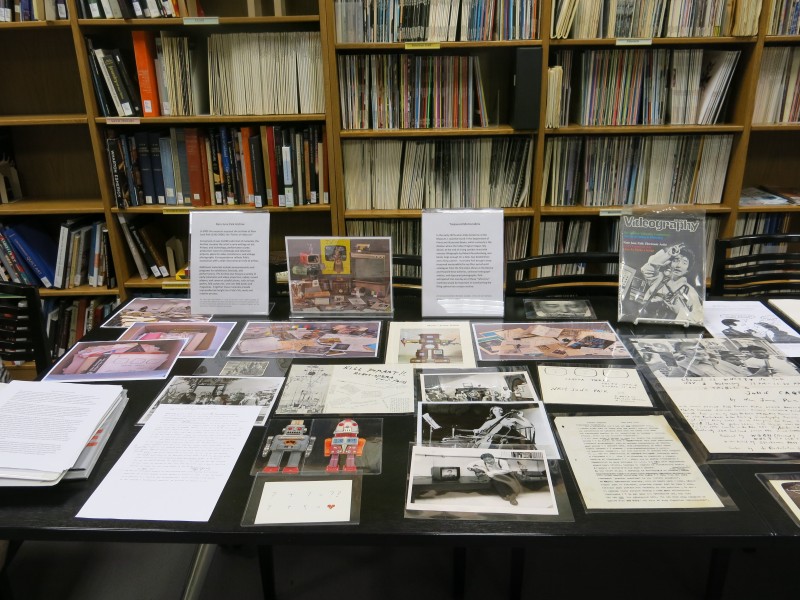 Art records and archives are an important part of the art world, but one that gets overshadowed by flashy exhibitions and events. The archivists at CAP have dedicated their lives to recording each and every American portrait and ensuring that there is a legitimate record of art in case of theft, damage, or loss of the original. A vibrant art community depends on records like these. Art dealers, conservators, and collectors also use the records to determine legitimacy and identify fraud. Curators come to the archives for research. The FBI works with CAP and other art archivists when a work is stolen or damaged in order to learn about the piece. CAP keeps a record of all work that has gone missing or has been damaged. As long as an official record remains, the work is never completely lost.

The wealth of art records in the Victor Building continues a few floors above at the Research and Scholar Center (RSC). This center is home to the Inventories of American Painting & Sculpture and Photograph Archives. These organizations work tirelessly to compile and record American art, which is a daunting task. The Inventories of American Painting & Sculpture have only been able to archive the artist’s work from before 1914. The sculpture inventories are current because there is less sculpture than paintings that need to be recorded. The Photograph Archives are comprised of a quarter million photographs, slides, and negatives documenting American art. They are sometimes the only visual documentation of an altered, lost, or damaged original painting or sculpture.

One noteworthy project of the RSC is their Save Outdoor Sculpture! campaign which is a nationwide program committed to documenting and preserving America’s outdoor sculpture. So far with the help of 7,000 volunteers they have recorded 32,000 sculptures and this documentation has helped them to identify sculpture that is need of maintenance and restoration.

These organizations are a vital part of the art world and deserve recognition. I would highly recommend giving these passionate and enthusiastic archivists a visit at the Victor Building and using their online resources for pleasure or research. The libraries are intended for the people and are meant to be used.

I would like to thank CAP and CSR for opening their doors on Monday and sharing their work with me. Especially thank you to Linda Thrift and Patricia at CAP for taking the time to talk with WPA and share their wealth of knowledge and enthusiasm.

To learn about the Save Outdoor Sculpture! campaign