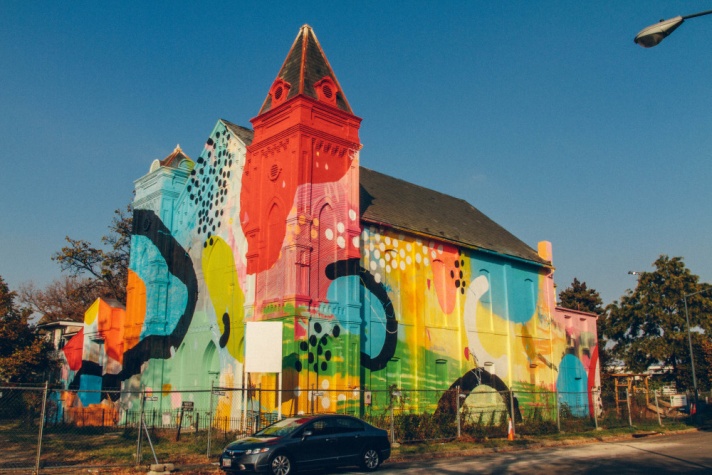 WPA: How did Art Whino come into fruition?

SP: Art Whino, like many things in my life, is a result of cause and effect.  I was born and raised in New York in the 80's during the explosion of graffiti art.  I moved to Northern Virginia when I was 16 and started focusing on architecture. While I was in high school, I read an article from Juxatapoz Magazine about how Doze Green, a graffiti artist, was selling his artwork for $30,000.  This blew my mind because he was friends with my cousin, part of the New York graffiti scene, and was a dancer in the infamous breakdance crew, Rock Steady Crew.  I became interested in the scene and began to buy whatever art I could afford at the time. I started collecting art that I connected with -- art that spoke to me. I didn’t know what it was called at the time, but I soon found it was called “lowbrow” art and I never stopped collecting it. I would get invites to amazing openings in New York and I remember wishing that DC had that same kind of scene.

In 2003, I graduated with a Master in Architecture from Virginia Polytechnic Institute and started Design Build Firm.  But I kept getting invites to art events, and one day in 2007, I decided to see if there were other people like me in DC, so I started the art gallery Art Whino. At the first opening, 1,500 people came out and I realized how many people shared my desire for a vibrant street art scene here. Seven years later, my social media outreach is over 200,000 and there are now many other galleries and promoters who have changed DC's art scene like The Pinkline Project, The Fridge, Albus Cavus, No Kings Collective, Art Soirée, and Art Jamz.

WPA: You partnered with Ian Callender of Suite Nation to create Blind Whino. How did the two of you connect and what inspired the venture?

SP: I met Ian 7 years ago when we had both just started working in the field.  We saw each other growing and expanding our respective brands and we kept on talking about how we needed to work together because we would complement each other’s skill sets.  Ian grows brands and organizes celebrity events while working with sponsors. I focus on bringing art into the events. So when I started Blind Whino, I thought it would be a perfect partnership to bring Ian on board for the events side of the venture.

WPA: Why the name “Blind” Whino?

SP: Like Art Whino, the name is a very tongue-in-cheek.  When I started to think about Blind Whino being a non-profit arts club, how the building is 138 years old, and how it is a transformation-reuse building, I thought it would be fun to pay homage to speakeasies (which were private clubs). At the time, people called these clubs “Blind Tigers” and “Blind Pigs,” so I ran with that idea and mashed “Blind” with Art Whino to make Blind Whino.

WPA: What is the formal distinction between Blind Whino and Art Whino?

SP: Art Whino is an art gallery whose mission is to bring the “lowbrow” genre to DC.  Blind Whino is a non-profit arts club with the mission to motivate and inspire art throughout DC, using the building itself as an arts beacon and arts cultivator.

WPA: What is the Lowbrow movement?

SP: “Lowbrow” is an explosion of the [illustrative and street art] scene that originated in California about 17 years ago.  It’s a non-apologetic form of self-expression and a reaction to our contemporary culture, expressed in many different types of genres. “Lowbrow” art can be found around the world but the scene is very tight, composed of a family of artists worldwide that created the movement.

WPA: How have you been executing Blind Whino's mission to bring in international artists to DC? How do you balance the talent from emerging to established?

SP: One of the things Art Whino did from the beginning was to bring the best of the best lowbrow artists worldwide to Washington, DC.  The logic being that it would bring attention to DC's art scene and would grow the scene.  We, of course, work with local artists as well, with whom it is important to support.  The balance of emerging artists to established artists is absolutely crucial for any curator.  You could just curate established artists, but I think that’s too easy.  Being able to spot talent that is not yet established and help artists start their careers is a lot more rewarding for me personally.

WPA: Revamping an abandoned space can be a lot of work, more than people sometimes imagine. Did your background as an architect influence your decision to convert the abandoned church that is now Blind Whino? Any advice for people interested in creating a DIY art exhibition in a previously unused space?

SP: My architecture background has helped me in so many different aspects of my life.  At the end of the day, the design sensibility can be and should be applied to everything we do.  Integrating and using art to create spaces has been a rewarding experience and would be my advice to anyone wanting to create a pop-up. 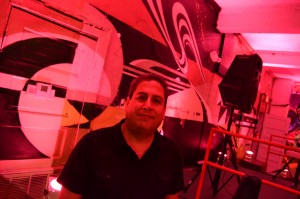 WPA: How did you get involved in the graffiti / street art community? Is Art Whino particularly geared toward this type of art?

SP: As I mentioned earlier, I grew up in the graffiti scene in New York in the 80's.  I’ve enjoyed seeing how the genre has evolved and transformed over time. From graffiti to street art to murals, the art scene is fast moving. The scene has many genres of art but it’s the art that is leaping into new arenas and morphing that I gravitate towards.

WPA: What sets apart the scene in DC from the graffiti/street art scenes in other cities?

SP: It’s amazing to see how artists from out of town react when they come to DC and when I give them a tour of the city.  They are always surprised by how there isn’t a lot of street art or murals compared to their hometowns.  However, this is changing and in the last five years there has been an explosion of street art and murals.  So I am excited to see that DC might embrace the future of street art and murals. 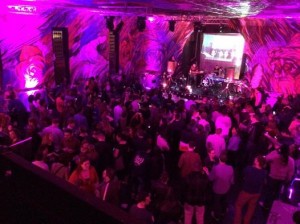 The crowd during this year's Cherry Blast VI at Blind Whino

WPA: In the past, the Pink Line Project has thrown Cherry Blast; how did you get approached to do it this year? How do you think your vision differs from previous years?

SP: With the same modus operandi of cause and effect, I worked with the Cherry Blossom Festival last year when they approached me to curate the artwork for the festival poster.  I also curated a three-person show with the poster artist and did a cherry blossom inspired exhibit.  They asked me to work with them again for this year’s festival and there was an opportunity to do Cherry Blast. I was honored to take it on.  Philippa has done an amazing job for years, so I had to make sure I kept the bar high.

WPA: How did you connect with the artists you are working with for Cherry Blast? Which works are you most excited to showcase?

SP: When I curate shows, I always pool from our Art Whino artists.  Group shows are also amazing opportunities to start working with new artists.  In this show, there are about 30 new artists and it was great to see their cherry blossom inspired art.  I am also a firm believer in the strength of partnerships and so I reached out to microWave project, who we’ve worked with many times in the past, to curate installation art.  I thought it was also the perfect opportunity to partner up with our new neighbors, WPA, and showcase their member artists.  All together, it is amazing to see a wide range of cherry blossom inspired art. 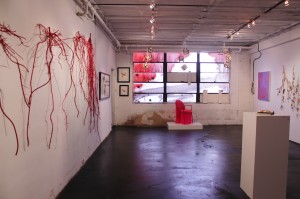 To find out more about Blind Whino and Art Whino and to stay tuned about their upcoming events, follow: @ArtWhino @BlindWhino

And we're still tweeting from @wpadc