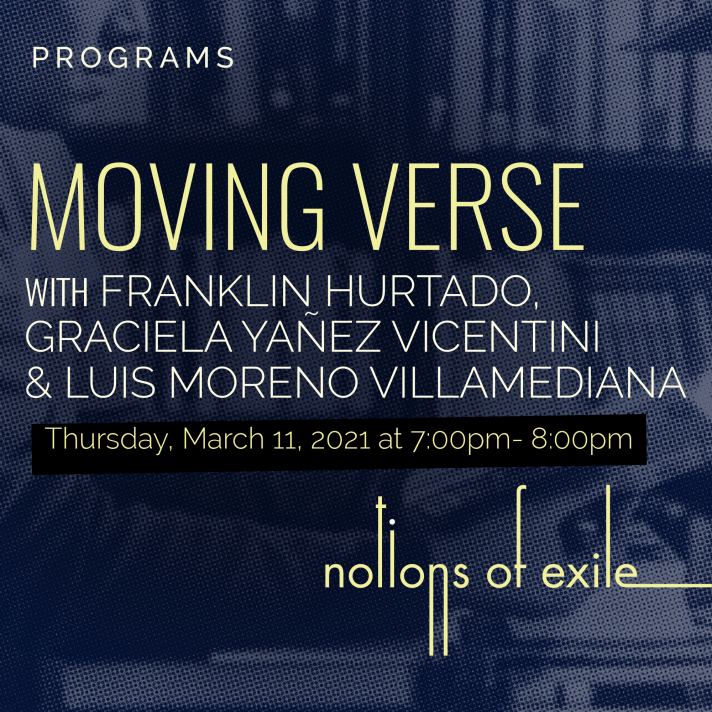 “Moving Verse” is an intimate poetry reading with Venezuelan authors Franklin Hurtado, Graciela Yáñez Vicentini, and Luis Moreno Villamediana to reflect on the forces that traverse and influence our relationships and our experience of language. Through the topics of the void, the echo, the broken, detachment, and goodbyes, these three poets explore the “touch of instability” that comes with foreignness.

Watch the recording from the talk and Q&A here 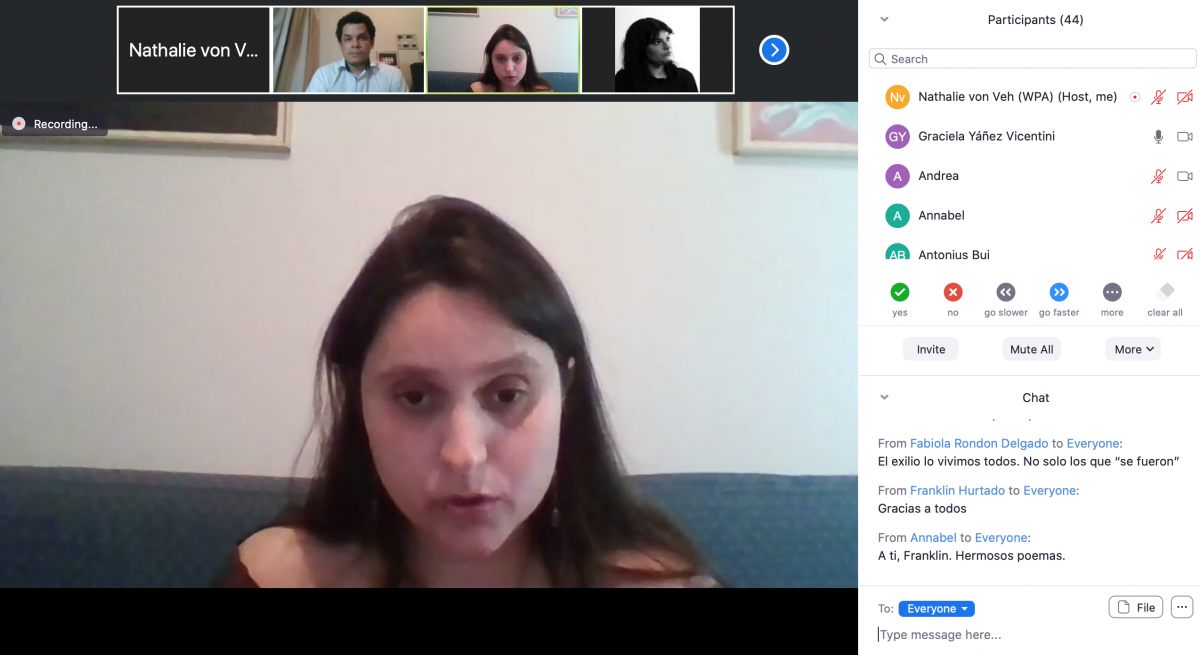 About the participating authors 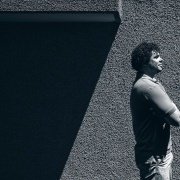 Franklin Hurtado is a poet and educator. He has taught literature at the Universidad Central de Venezuela, and worked as a copywriter and editor. In 2012, he won the award for new authors in poetry by Monte Ávila Editores with his first book, Sal (Salt), which was published in 2013. That same year, he got a special mention in the II Premio Equinoccio de Poesía Eugenio Montejo for a first version of Miel negra (Black Honey), published in 2020. His poetry has been included in anthologies such as destinos portátiles, muestra de poesía venezolana reciente (portable destinations, sample of recent Venezuelan poetry). 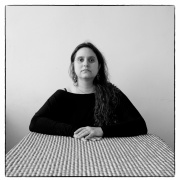 Graciela Yáñez Vicentini is a writer, editor, cultural promoter, proofreader, translator, and bookseller. She was editorial coordinator to the Papel Literario of El Nacional newspaper. She is now cultural manager at Ediciones “Letra Muerta”, assistant editor at Fundación La Poeteca, and co-editor to the collection Los rostros del futuro (The Faces of the Future) by Banesco. Her heteronym Egarim Mirage has published the poetry books: Espejeos al espejo (Mirages to the mirror) and Íntimo, el espejo (Intimate, the mirror). Her work has been featured in anthologies, journals, and magazines in Mexico, Spain, and Venezuela. Yáñez Vicentini’s poems were translated into English for the bilingual sample of Venezuelan poetry Lectura de la diáspora (Readings from the Diaspora) from Latin American Literature Today by Oklahoma University. She was awarded second place in Poetry by Ateneo de Caracas (1997), various recognitions in Narrative and Poetry in the Literary Festival by the UCV (2001, 2002, 2004), was a finalist in the short fiction contest Mosaico by the Embassy of Argentina/FILUC (2017), and received a special mention in the Transgeneric Annual Contest by the FCU (2017). 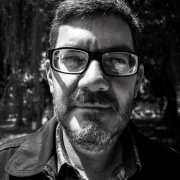